Home > About us > Meet the team 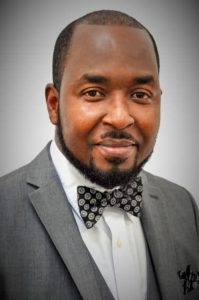 Pastor Otis Lewis’ passion for pastoral ministry and telling people about the love of God dates back more than 25 years. He began preaching in 1995 and has conducted many evangelistic campaigns, weeks of revival and weeks of prayer both nationally and internationally.

He obtained an LLB (Hons) Law degree from the University of Wales, and later a Licence in Theology and Masters in Pastoral Studies from Newbold College of Higher Education.

In 2010 he began a voluntary placement at the Battersea and Greenwich Seventh-day Adventist churches which he continued in 2012 at Plumstead SDA. In March 2014 he was invited to serve as associate pastor at Lewisham SDA church and upon gaining employment with the South England Conference in September 2015, he continued to work as an associate pastor with Pastor James Phillip in the Lewisham and Downham district. He became pastor of the Sydenham and Downham congregations in January 2016, moving on in January 2019 to pastor the West Croydon and Pollards Hill churches. He has served as Secretary and Youth Sponsor of Area 6B.

In late 2020, Pastor Lewis authored and published his first book ‘The Incredible Dream’ and in January 2021, joined the Peckham and All Nations’ congregations.

He has been married for 22 years to Marsha, a nurse, and they have five children: Hannah, Abigail, Daniela, and twins, Isabella and Gabriella. He loves spending time with his family, enjoys reading, swimming and exercise, travelling, listening to music, preaching and keeping abreast of current events.